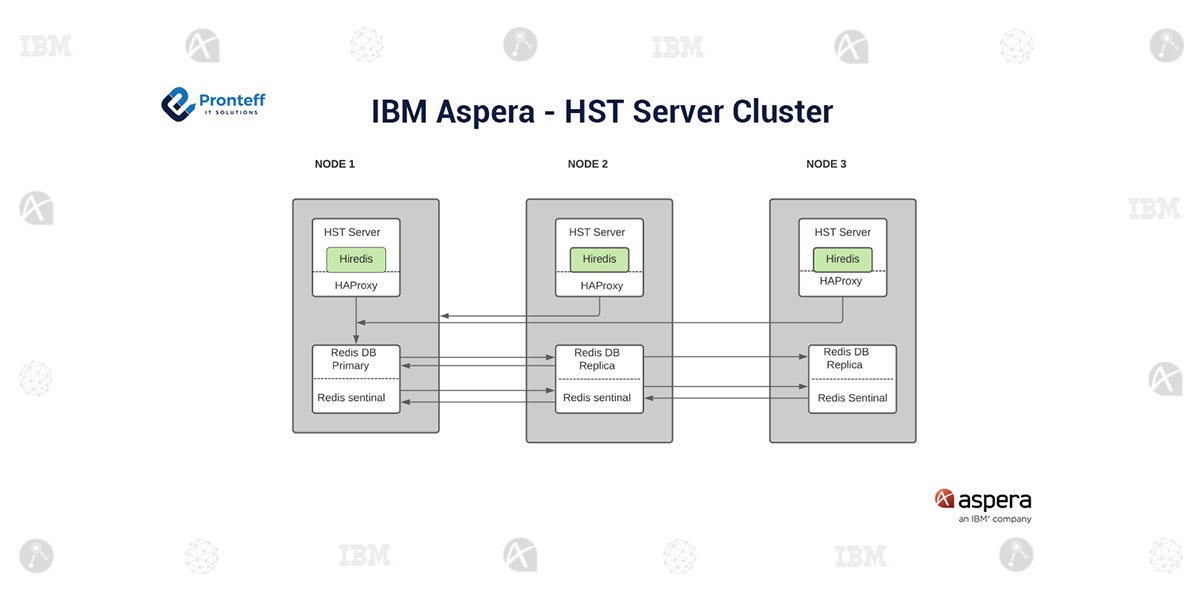 Deploying HST Server as a high-availability cluster enables us to improve the high-speed transfer capabilities of Aspera with continuous availability and automatic failover if one node goes down.

A cluster consists of nodes. A node is a machine on which IBM Aspera High-Speed Transfer Server and Redis are installed. A Redis node can be a primary or replica. This is done by configuring a Redis database cluster and using HAProxy to connect the HST Servers to the Redis database. The Redis and HAProxy applications are included in HST Server installation.

● HST Server uses Hiredis, a Redis client, to interact with the Redis database.

● To direct Hiredis requests from all the HST Servers to the primary Redis node, the cluster uses HAProxy, a TCP proxy, to identify which Redis nodes are running and which is the master.

● Redis Sentinel monitors the status of the Redis databases, communicates between Redis nodes, and automatically promotes a replica to primary if the primary is failing.

Load balancer acts as a reverse proxy and distributes network or application traffic across a number of servers that sit behind the load balancer. 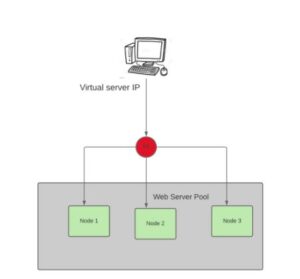 2. Create a new server pool with nodes that we added in Step 1

3. Create a new virtual server with a server pool that was created in Step 2