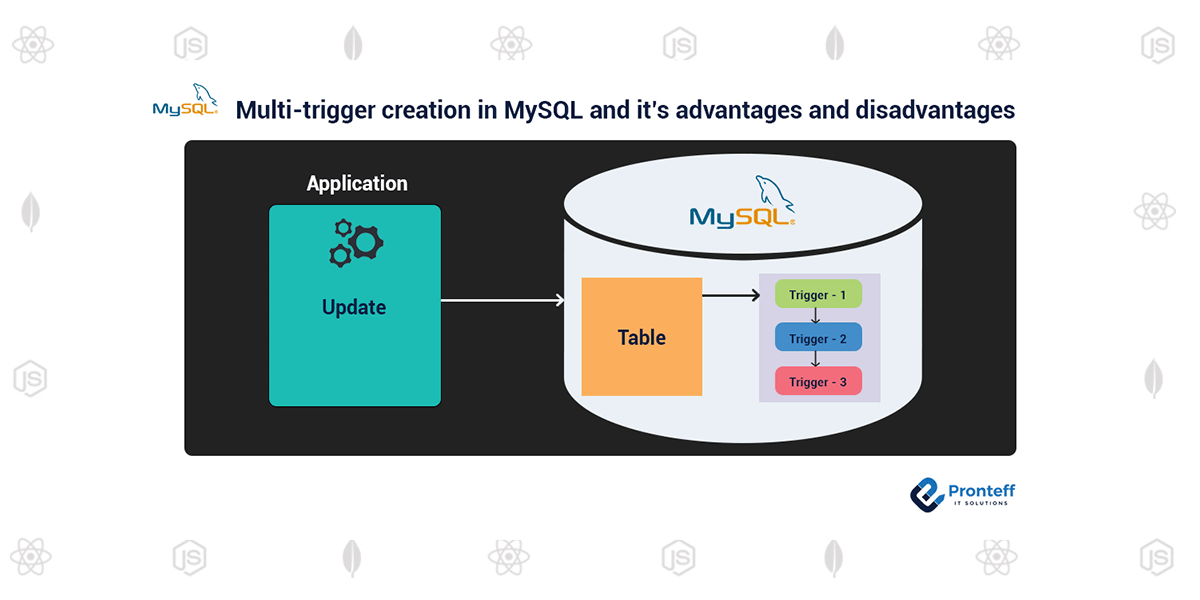 Multi-trigger creation in MySQL and its advantages and disadvantages

For a table with the same event and action time, you will learn how to create Multi-Trigger in this blog.

This guide applies to MySQL versions 5.7.2 and beyond. The statements in the tutorial won’t function if you’re using an earlier version of MySQL.

Prior to MySQL 5.7.2, you were only able to construct one trigger for each event in a table, such as the BEFORE UPDATE or AFTER UPDATE event. This restriction was removed in MySQL 5.7.2+, enabling the creation of numerous triggers with the same event and action time for a single table. When an event occurs, each of these triggers will turn on in turn.

The syntax for defining a trigger that will react to the same event and action time before or after an existing trigger is as follows:

The FOLLOWS or PRECEDES in this syntax indicate whether the new trigger should be used before or after an already-invoked trigger.

What is Trigger in MySQL?

A trigger in MySQL is a stored program that is automatically run in response to a table-related event, such as an insert, update, or deletion. You could, for instance, create a trigger that runs automatically before a new row is added to a table.

The INSERT, UPDATE or DELETE event can be used to trigger triggers in MySQL.

In MySQL, only row-level triggers are supported. It does not support triggers at the statement level.

In charge of MySQL trigger

How to Create Trigger in MySQL?

The statement’s basic syntax for CREATE TRIGGER is as follows:

The trigger body has access to the values of the column that the DML statement is affecting.

The NEW and OLD modifiers are used to differentiate between the values of the columns BEFORE and AFTER the DML has fired.

For instance, if you change the description of a column, you may access both the old value (OLD.description) and the new value (NEW.description) in the trigger body.

The basic syntax for the DROP TRIGGER statement is as follows:

The TRIGGER privilege for the trigger’s related table is necessary for the DROP TRIGGER operation.

It should be noted that if you delete a table, MySQL will also delete all associated triggers.

What is Sharding in MongoDB? What are the types of Sharding?
December 14, 2022

What is Indexing? Types of Mongo DB Indexing
September 28, 2022