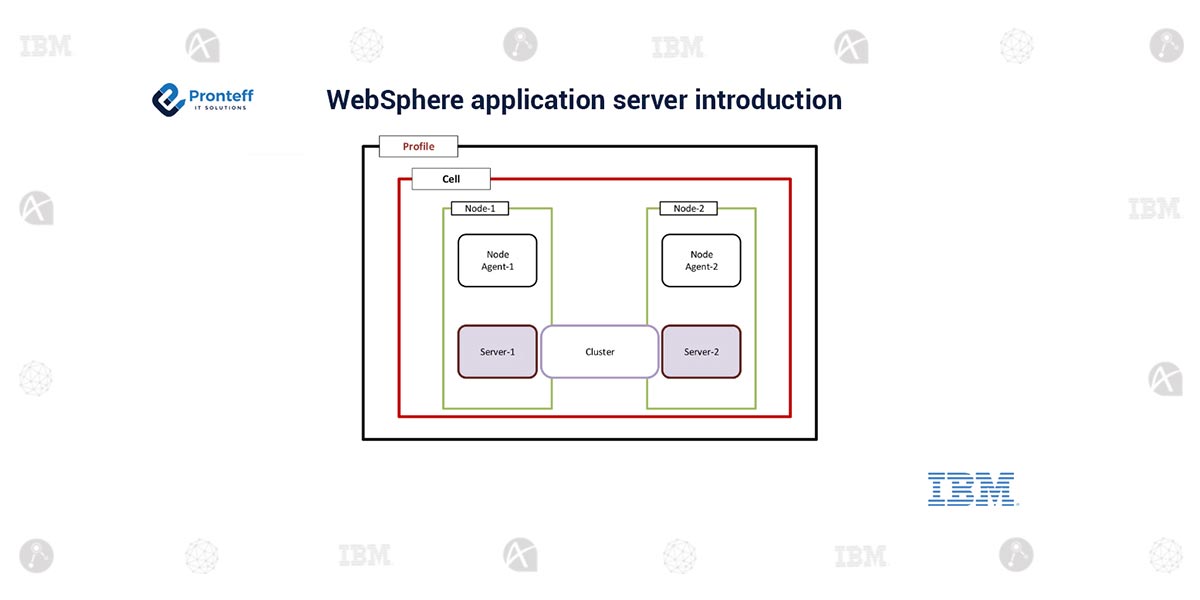 WebSphere Application Server is a WebSphere platform-based web application server. It’s a middleware and software framework for hosting apps. Between the Web Server and the Database or another Backend Messaging Server, it is usually placed.

The WebSphere Application is compatible with the following platforms:

Profile is a set of configuration files used to create application server runtimes.

A cell is a logical grouping of nodes that can contain one or more nodes.

The deployment manager communicates with the nodes through another special WebSphere special process called the Node agent.

A node is logical to a group of application servers or JVM’s on a physical computer.

A cluster is a collection of application servers that you administer as a group to distribute the workload.
There are a lot of benefits to having an application deployed in cluster mode.
a). Ensure application is always available from one of the cluster members.
b). No issue if one of the cluster JVM’s physical servers is down.
c). Easy maintenance.
d). No need to deploy multiple JVM instead just select the cluster as a target.