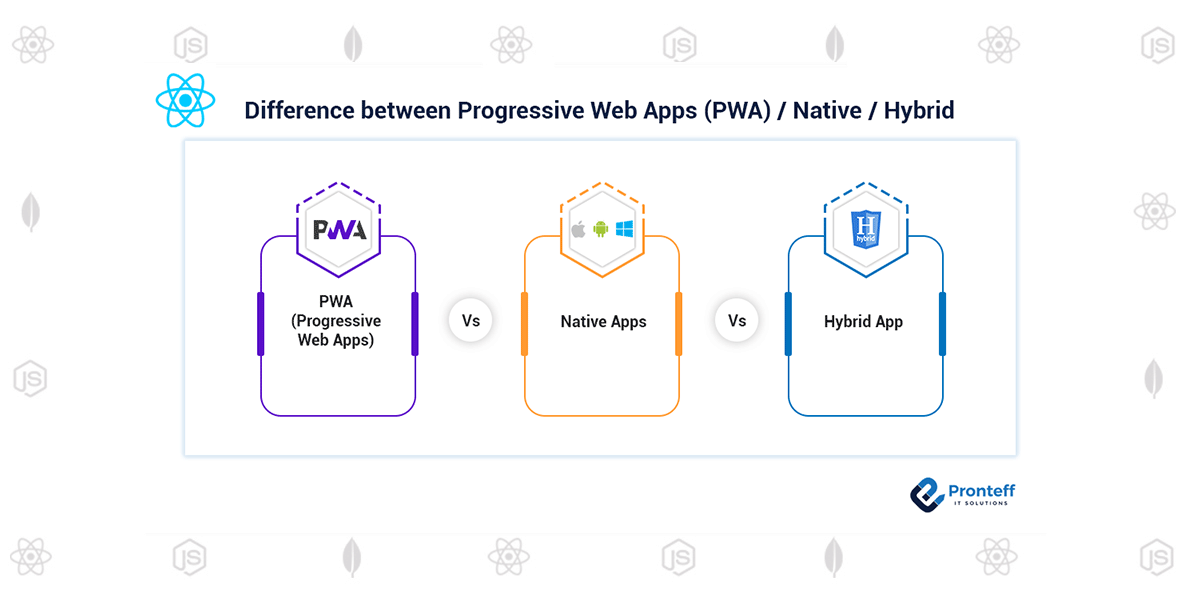 Progressive Web Apps have been adopted by more people recently.

These online applications aim to behave and look exactly like their native counterparts.

This implies that Progressive Web Apps may be downloaded and used on mobile devices, where they can additionally take advantage of hardware components like the camera and GPS and work offline and send push notifications. There are no specific languages or frameworks for Progressive Web Apps, and the user experience is tailored to each platform (usually done in React or Angular).

The Advantages of Progressive Web Apps:

The DisAdvantages of Progressive Web Apps:

When to Use Progressive Web Apps:

Native apps have the benefit of being simple to install and load almost instantly. The optimum user experience is provided by your software when it uses hardware natively.

For instance, a camera app developed in Objective C for iOS and Kotlin for Android will provide the user with greater functionality and higher-quality images than one set in Java and PhoneGap (a hybrid solution). Additionally, some capabilities that are OS- or device-specific are only accessible until you create a Native Application.

Because there are no lags, your users will be pleased. Performance is faster with native apps than with hybrid or online apps. Additionally, native applications can be used without an online connection.

It can also be used for push notifications, which are excellent for interacting with users and providing them with timely content.

The Advantages of Native Application Development:

The DisAdvantages of Native Application Development:

The practice of creating mobile apps for different platforms, such as Android and iOS, using a single code base is known as Hybrid Mobile App development. It thus significantly lowers development expenses. On the other side, there are a few drawbacks to hybrid app development. For instance, because each OS requires a different code base, the hybrid approach typically takes longer to render than the native approach.

The Advantages of Hybrid Application Development:

The DisAdvantages of Hybrid Application Development:

How Much Does An eCommerce Website Infrastructure Cost?
June 1, 2022