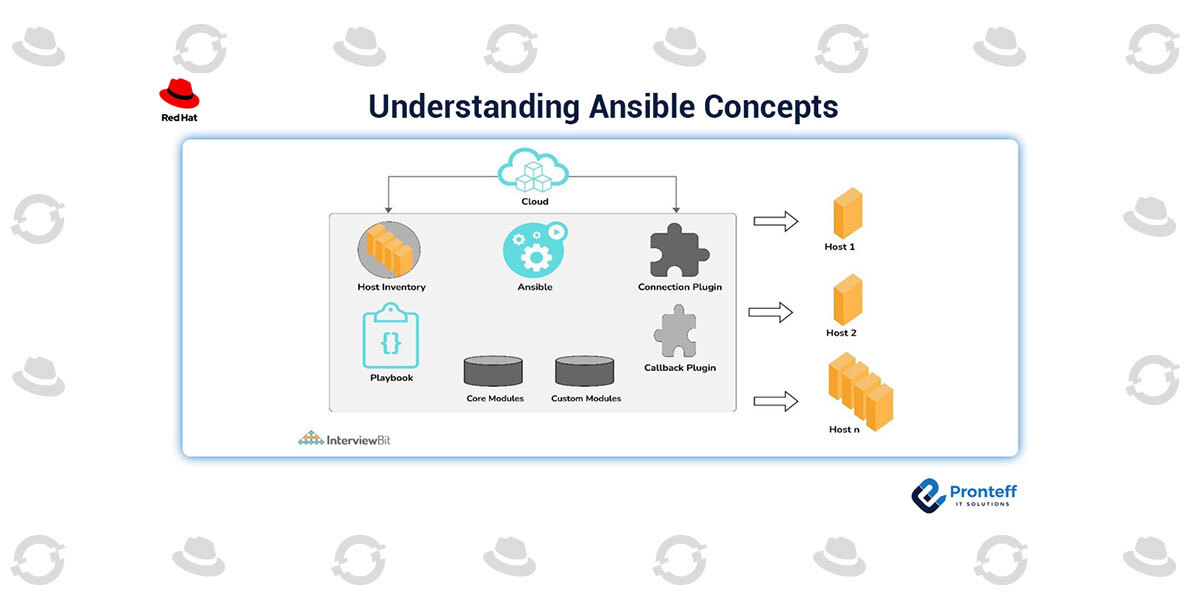 The network devices (and/or servers) you manage with Ansible. Managed nodes are also sometimes called “hosts”. Ansible is not installed on managed nodes.

Collections are a distribution format for Ansible content that can include playbooks, roles, modules, and plugins. You can install and use collections through Ansible Galaxy. To learn more about collections.

The units of code Ansible executes. Each module has a particular use, from administering users on a specific type of database to managing VLAN interfaces on a specific type of network device. You can invoke a single module with a task, or invoke several different modules in a playbook. Starting in Ansible 2.10, modules are grouped in collections.

The units of action in Ansible. You can execute a single task once with an ad hoc command.

Ordered lists of tasks, saved so you can run those tasks in that order repeatedly. Playbooks can include variables as well as tasks. Playbooks are written in YAML and are easy to read, write, share and understand. To learn more about playbooks,

Five benefits of IT automation for financial services
December 28, 2021