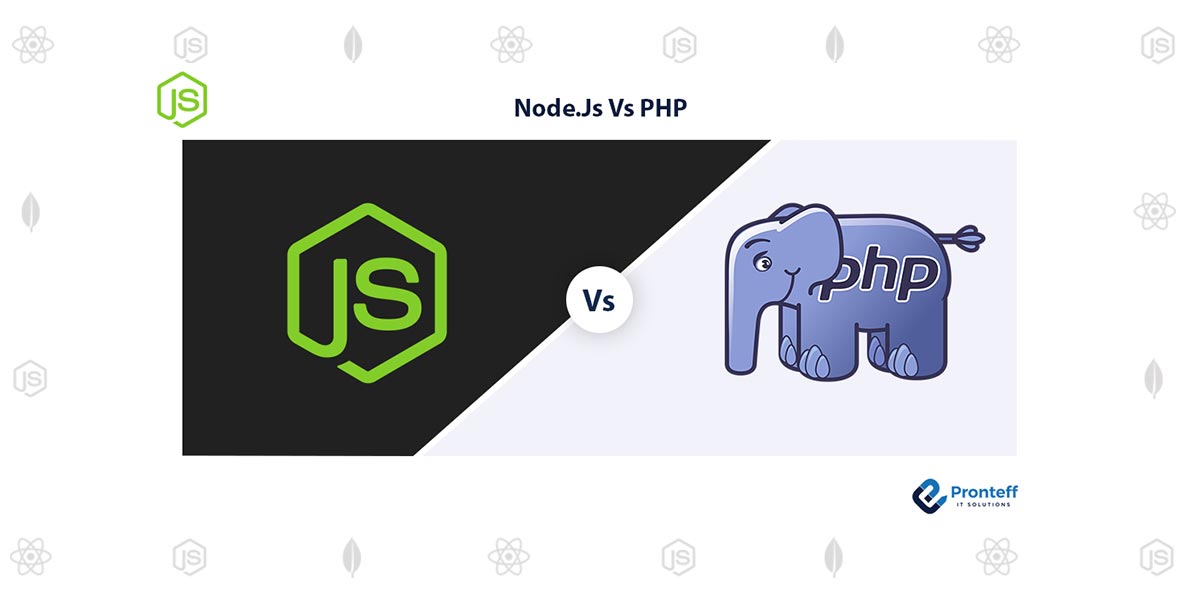 Choose the best technology for your business between Node.js and PHP.

When starting a new project, everyone should consider the well-known node.js vs PHP debate. For each new company venture or personal project, determining the best tools to work with is critical. PHP is a programming language used to develop the backends of sophisticated applications, while Node.js is a JavaScript Framework. Despite the fact that they have the same goal, they each have their unique set of benefits. Here’s a full comparison of the two technologies so you can decide whether to build your back-end with a Node.JS developer or a PHP developer.

What Is Node.Js and What Makes It Special?

When compared to other back-end programming languages, Node.js was released in 2009, making it a relative newcomer. But there’s a reason for its popularity. Node.js uses people’s experience to program in JavaScript on the server-side. This new discovery spawned a mini-epidemic in the programming world, as sites with JavaScript stacks servicing both the front-end and back-end began to flourish.

Is Node.js a better programming language than PHP? Node.js offers extremely quick server-side response times thanks to its event-driven I/O architecture. It’s also non-obstructive. Additionally, because it uses Google Chrome’s V8 engine, coding commands are lightning quick. These are just a few of the reasons why javascript Node.js is so fast.

What Is PHP And What Makes It Special?

PHP, on the other hand, was founded in 1994 and is today one of the most popular and well-known back-end programming languages. Rasmus Lerdorf founded it with the objective of making web development easier. The vast majority of websites are built with PHP frameworks, thanks in part to platforms like WordPress. Despite Node.js’ growing popularity, PHP tutorials exceed Node.js tutorials by a large margin.

Despite the fact that Node.js is quick, the PHP performance ratio isn’t bad. One of the reasons PHP scripts are still recommended is because they are faster than scripts developed in a few other computer languages. It’s been quite some time. As a result, a large community of PHP professionals is actively improving the language. There are many more benefits to PHP, but they are only a few of the reasons it is so popular.

The Differences in Performance Between Node.js and PHP

When it comes to performance, there are a few crucial factors to consider when considering whether Node.js vs PHP is the more reliable option.

Its own package management method is employed by js speed. Module installation systems like PEAR, on the other hand, determine PHP speed. PEAR focuses on repurposing PHP components and testing them after they’ve been used.

In terms of concurrency, Node.js and PHP are diametrically opposed. As previously stated, Node.js provides a JavaScript engine that allows all code to be executed in real-time without the need to wait for a function to return before issuing another command.

3. Scalability across the entire system

Because Node.js is a newer language than PHP, it lacks support for content management systems such as WordPress. This variation may change as Node.js becomes more popular. It is, nevertheless, still an excellent choice for developing scalable, dynamic applications. It takes into account its event-driven, non-blocking I/O mode.

One advantage of PHP is that it is used to generate over 80% of websites, while Node.js accounts for only 0.4 percent, according to 2018 statistics.

We have discussed the fundamental differences between node.js and PHP in this blog, which will assist you in developing a framework/application for your business.

What are Query String Parameters & Methods in NodeJS
October 12, 2022

How to integrate Node.js with Vue.js and write complex web apps
August 17, 2022

The Different Types of Innovative Apps Built with NodeJS
July 13, 2022

8 NodeJS Apps Built That Are Super Successful: Find Out How
July 6, 2022