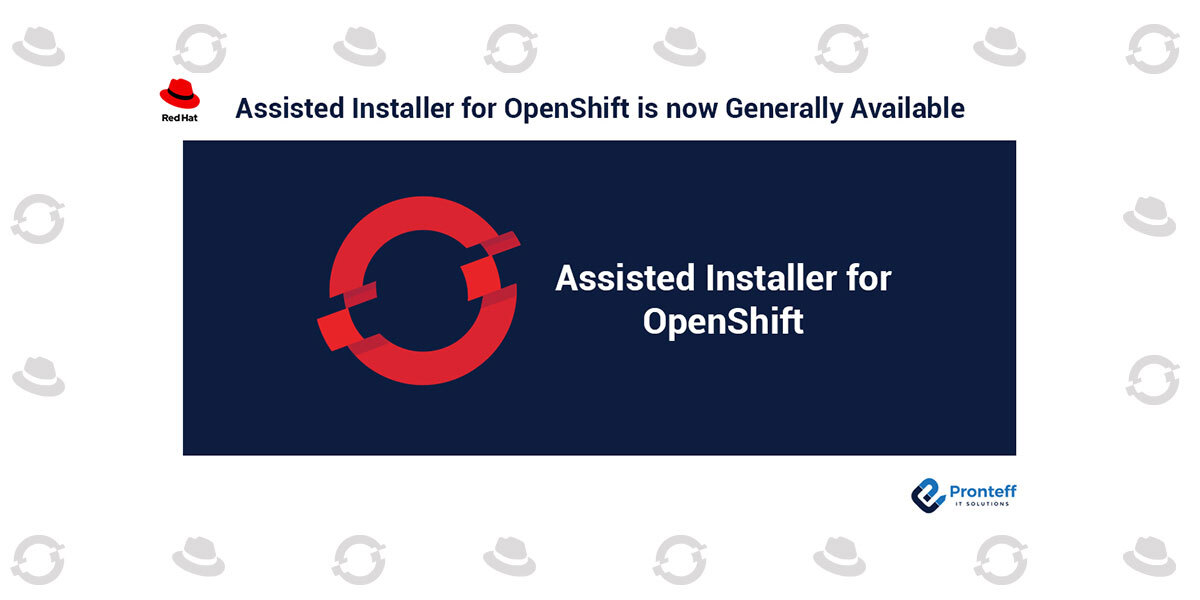 What is the OpenShift Assisted Installer and how does it work?

The Red Hat Hybrid Cloud Console’s OpenShift Assisted Installer makes it simple to deploy OpenShift on your nodes. The installer is a managed service for bare metal OpenShift cluster installation (though not restricted to). It does not require a bootstrap node or the installation of Red Hat CoreOS on your nodes prior to installing the cluster; instead, you simply enter your cluster’s information into the web UI and boot your nodes with an ISO image given (see demo below).

It has been accessible as a Technology Preview for several versions, and we have received excellent user feedback during that time. The number of clusters deployed and adoption are both increasing on a daily basis.

Features of the OpenShift Assisted Installer

We’ve created several blog posts describing how to use Assisted Installer. We’d like to highlight a few of the features included in the GA release today. Many additions, fixes, and enhancements have been introduced throughout the GA process and subsequent versions. The following is a list of features that are now available as part of the public availability.

5 Red Hat OpenShift benefits you may not have realized
June 28, 2022

How to go from zero to OpenShift cluster using GitOps
June 21, 2022