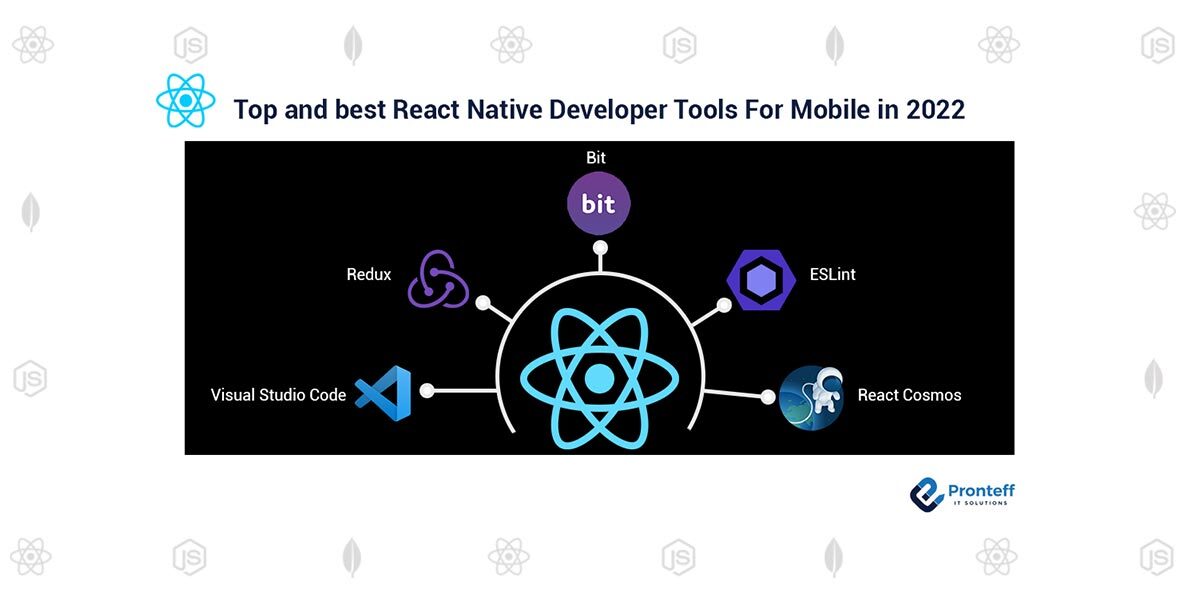 Top and best React Native Developer Tools For Mobile in 2022

Redux is an open-source library for managing the state of JavaScript frameworks such as React, React Native, Angular, and Vue projects. Because Redux is only a state management toolkit, it can be used with apps written in simple JavaScript code. Redux isn’t necessary for small apps because it can make them more complicated. However, if you have a huge project with a complicated UI, Redux can be quite useful. Particularly for apps that are tuned to reflect changes in their UI in real-time when the user changes data in another part of the UI.

Your app may struggle to maintain different elements of the UI in sync if you don’t use a state management solution.

Data can also be changed as a result of background processes or network queries in more complicated react native development scenarios. Data flow can get more complicated in these cases, and you may need to write more lines of code to keep everything in sync. Redux tackles this problem by keeping all of your app’s state in a single central repository called the store, rather than dispersing it throughout your app’s UI. The Redux architecture makes it unnecessary for user interfaces to keep track of their own state. This state management library, in a nutshell, centralizes your app’s state and makes data flow more predictable.

Visual Studio is a sophisticated, open-source code editor for React Native and any other framework or programming language. It is one of the most widely used and capable code editors in the web development world. You can’t compare Visual Studio code to those of other full-featured IDEs like Eclipse, Jupyter, and so on. VS Code is more of a lightweight text editor, similar to brackets, atoms, or notepad++. The best part about this text editor is that it’s cross-platform, meaning it works on Windows, Mac OS X, and Linux. Because VS Code is developed with electron.JS, it is light, quick, and powerful, with the ability to add functionality via extensions to enable a variety of workflows, different languages, frameworks, etc.

The bit is an open-source program that makes it simple to create software. This tool can be used to discover programming problems and make your code more modular while developing React Native apps. Instead of wasting time copying and pasting code or installing onerous libraries simply to get access to a few APIs, you can use this tool to turn your project’s modules and components into a reusable collection in a matter of seconds. Components can be readily discovered and deployed using your chosen tools, and they may be developed from any project while remaining in sync, thanks to Bit.

React Cosmos is a free and open-source React Native development environment for creating scalable, high-quality reusable user interface components. You can avoid having to redesign your user interface by using this tool. React Cosmos also allows you to isolate the UI you’re presently working on, making it easier to create and prototype a single component at a time.

ESLint is a popular JS linter that allows you to inspect your code without running it.

Above Mentioned the best 5 React Native Developer Tools for mobile App development tools for frontend developers in this blog post.