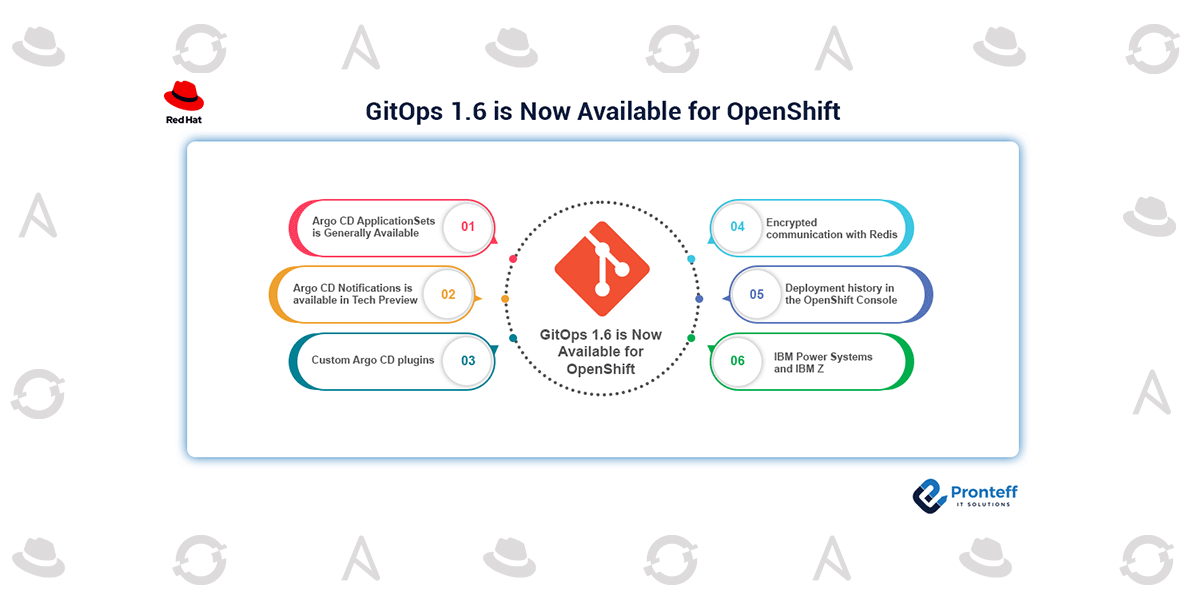 GitOps 1.6 is now available for OpenShift

An approach to continuous delivery (CD) called GitOps uses Git as the only source of truth for all information, including configurations for platforms, infrastructure, and applications. Argo CD, the declarative GitOps engine that supports GitOps workflows across multicluster OpenShift and Kubernetes infrastructure, serves as the foundation for OpenShift GitOps.

Version 1.6 of OpenShift GitOps is now generally accessible. Our first multi-arch release with compatibility for IBM Power and Z ships with this version, which also includes Argo CD 2.4.

ApplicationSets, which now has formal production readiness, enables you to deploy several applications or target various clusters with a single manifest.

Send notifications in reaction to events like apps being deployed or synchronization failing through email or to a number of supported services.

specialized Argo CD plugins Even though it isn’t a basic component of Argo CD, you can extend Argo CD and provide the tooling you require.

Communication with Redis that is encrypted:

Sensitive data traveling to and from the cache is now better protected in transit thanks to the use of TLS encryption when communication between ArgoCD components and the Redis cache.

History of deployments in the OpenShift Console from the viewpoint of a developer:

The history of successful deployments to the application environments is now visible on the GitOps Environments Details page.

4.8 through 4.10 of the OpenShift Container Platform are supported by OpenShift GitOps. 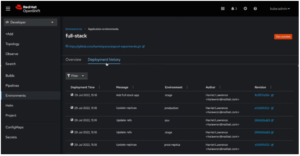 Numerous already-existing features have been upgraded and updated, including:

Please see the Release Notes section of the OpenShift Documentation for a complete list and more information on each component of this release.

What our consumers should employ to manage their secrets is a frequent inquiry. There are numerous solutions available, each with different advantages and disadvantages, so our team has created a Guide to Secrets Management to go along with the 1.6 release.

The team has been working on a number of resources to aid in the development of your GitOps practices in addition to the most recent release of OpenShift GitOps. The Path to GitOps ebook, recently released by the Red Hat Developer team, is a manual for professionals who are just starting out or thinking about creating their own GitOps practice. It describes the tools, workflows, and structures that teams need to have in place to enable a full workflow.

OperatorHub offers OpenShift GitOps v1.6 for the OpenShift Container Platform. it can be set up and used using the CLI or the web portal.