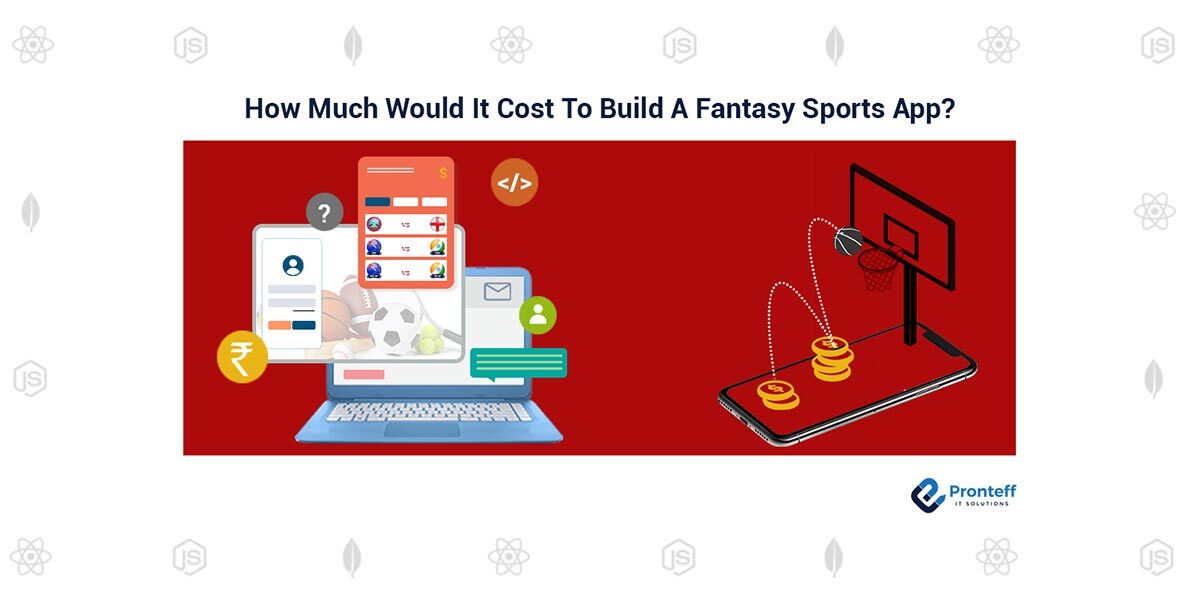 How Much Would It Cost To Build A Fantasy Sports App?

Whether it’s basketball, cricket, and hockey, sports have captured the world’s interest. Because of the online game’s popularity, more entrepreneurs are emerging and taking it further. The majority of internet gaming applications are already available, allowing consumers to enjoy their favorite games with the help of digitalization. In the current situation, Fantasy Sports App Development is booming. Users can not only play games in exciting languages, but they can also win fantastic rewards.

They can participate in virtual competitions and compete in online games to win lucrative cash awards. These are no longer considered conventional online games, and there is a lot of discussion about them among users. Fantasy sports apps are well-known online games that are familiar to everyone in this day and age. The use of fantasy sports apps is becoming increasingly addictive. It allows customers to withdraw winnings by linking their pan card, which serves as identification.

Every business owner wants to create a low-cost fantasy sports application that works and looks great11.

If you want to enter any market, you should be able to identify the reasons behind its popularity. Users of online games prefer and engage in them because they want to be the best at whatever sport they are playing. These provide them with a platform from which to lead and play digitally, as well as compete for awards.

This application is based on a specific method that provides gamers with a high level of buzzed pleasure. All they have to do now is form a team and play interactive games. When their favorite team wins, they experience the joy of triumph, which increases the app’s popularity.

What is the Purpose of the Fantasy Sports App?

You must first gather information regarding the app you will be constructing before deciding on it. When you understand how it will work, you can make informed choices and conclusions. Fantasy sports app isn’t simply a cricket software; it also has apps for a variety of other sports.

Selecting a Sport Type– After all, profiles have been thoroughly supervised and examined, users can construct their own profiles and select the sports they want to participate in.

Putting together a team-based approach To play a fantasy sports app, you must first play cricket or football by selecting team members who will fight together as a squad.

Create Many Teams– Players or users can create multiple teams and compete in different events. They also have the option of joining a squad if they so desire.

All games are played for the enjoyment of earning rewards, and when their side wins a game, the award can be split among players or users.

How much does it cost to create a Fantasy Sports App?

Several factors influence the cost of establishing a fantasy app such as the cost of hiring an expert and the platform on which the app will be developed, such as Android or iOS. Integration with third-party APIs and features that you want to enroll in has a greater impact.

The expected cost of developing fantasy apps, on the other hand, will range from USD 15K to USD 20K. This cost is only defined for a particular platform because it will only be able to run on that platform. If you like and want to make a Fantasy sports app that has a lot of features and can run on numerous platforms to reach a wide audience,

Another factor that influences the price of an app Fantasy sports app is the type of firm you pick.

Various countries are allowing fantasy sports apps, which is leading to their widespread adoption and rapid growth. Fantasy app creation has become a crucial requirement, and hiring an expert is necessary to achieve this. As a result, working with a reputable fantasy sports app development company is a good idea. Sports fans are clamoring to play online games, and there is a slew of new competitors entering the market. So hurry up and make the best fantasy app possible.